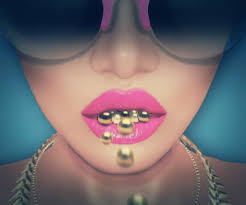 You might just spit out the the truth you’ve been keeping silent under your tongue in a long attempt to prop up your status quo. You may or may not even like that status quo but the unknown alternatives keep you trying to support the support you’ve been supporting for support.

Ah, now there is there thing. You may have to piece that out to really understand what you are doing. Its a good day to untangle knots of thought, communication, and idea. However, once loose of the knot, those threads can easily tangle again, so go slow when you want go fast. Be methodical and take notes.

This transit is momentary. The undercurrents of the Pluto/Saturn conjunction (still at 23 and 25 Cap) are strong and pulling even as they separate. That status quo is an ongoing pull between the rules we have chosen to live by, and the not yet seen new options, but felt deep in our bones and psyche. Today Mercury and Uranus conspire in the depths to discuss those options. I don’t know if today is the day you toss the towel in the air and walk your talk your way, or if you do the Piscean swim, continue circling from both directions at once. Just take the moment to know what you are choosing. You don’t have to change anything right now, but you can. The medicine is owning your choices, your words, your doings.

On Politics: The spin right now is nonstop, Just don’t even. Go sit in nature, listen to the buzz that is happening there. Its way more interesting than the 4th Estate. Trump wants bread and circuses (the life blood of the Rome as it fell). Peolsi even upped him on that though. You don’t have to like to appreciate her ability to one up him over and over again. Notice that the Senate will vote next week to convict or dismiss, as the gap between Pluto and Saturn grows. Not until April can we expect Justice to come into the room when Jupiter conjoins Pluto at 24 Cap.