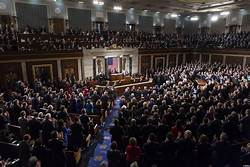 Mercury in separating opposition to Pluto

Its simple but very real. We all have OPINIONS about the last few days. You can already hear them echoing in repetition. The Libra moon will bring critical thinking into play, showing us the work is not the opinion itself but the unpacking of the opinion. Merc and Plu are in Capricorn, so yes, the halls of power will equally echo in repetition. May Libra moon allow the wise to prevail. Uranus stations retrograde today, Jupiter stations direct, maybe something will change as these two planets revisit their positions of the last 7 and 3 three months respectively. Uranus turned retrograde in the first week of January, so you can see what I mean when I say we have a lot ground to go back over, politically as well as personally.