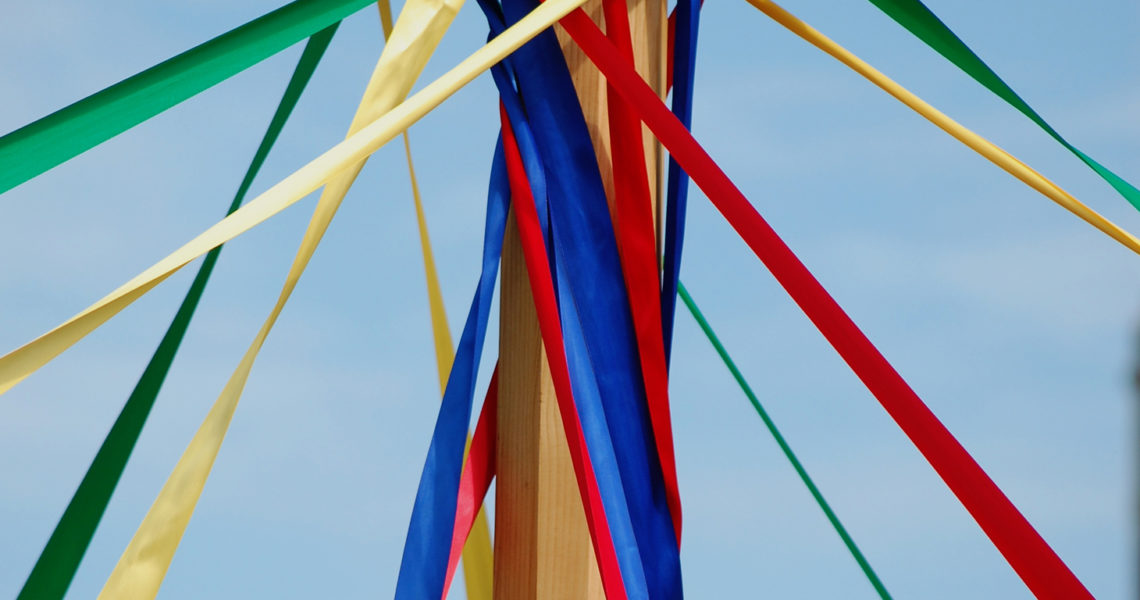 The Sun, Mercury, Uranus cluster in Taurus makes May Day’s lust for radical physical change front and center. We become more aware of systems out of balance, our part to play. This cluster is in a wide trine to Jupiter in a separating conjunction to recently turned retrograde Pluto in Cap. Pluto’s response to the need for radical change is to over focus on radical, pretending the change is whether you can go get your hair cut or not, instead of securing free healthcare for you.  Jupiter helps to carry the message. As does Neptune at the midpoint of Pisces between the two. It’s a tight struggle  that is mostly stalemated, though the Cap team keeps steeling from larder, distracting with arguments about the right to a haircut.

The May Queen (Venus in Gemini) shows up a little cranky or utterly frivolous in a tight square with Neptune in Pisces. Sorry to say she is out of sorts and needs a damn good cry about it.

The Beltane celebration song happens between the Moon and Mars in a dynamic opposition that can be lusty and sensuous, deep and impactful OR display the long argument between Patriarchy and the Commons – that’s an argument I do not have to detail for you. Instead let’s invoke the sweet spot between change and action that equals authentic accountability. Begin the long sweet lovemaking with the earth there. You don’t have to know the answers, the destination or even how you will get there. The waxing moon will take care of that. Trust that Mars in innovative Aquarius already has some ideas.

While the shuffle and scuffle of the political sphere continues its long slow train wreck, inspiration is seeding itself. Don’t be pulled into the maelstrom created by the over-culture. Find your own practice and let it be a counter against that drama. A singing, laughing, dancing, sweating, crying, dreaming point that easily links into the whole, like a healthy cell among the many. Hold strong. The tipping point nears.

Moon is traveling through Pisces today. You may feel disconnected. Serve others. Listen to music. Paint a picture. Daydream.